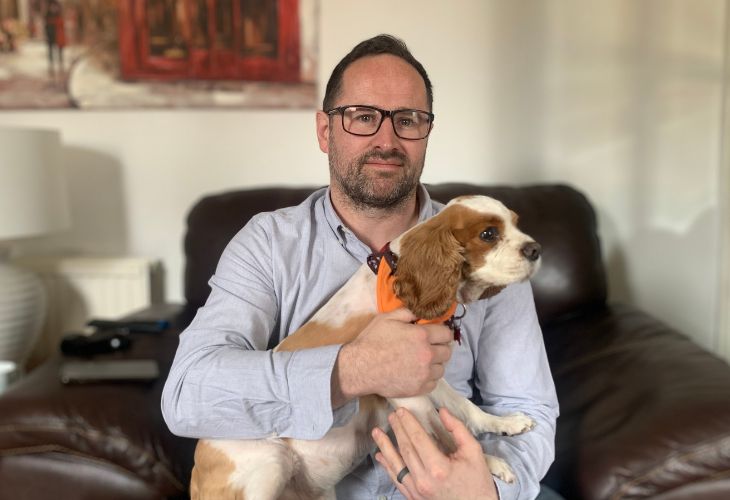 Both myself and my wife came from broken homes, and we wanted to give a child a better experience than we had.  When we did our training, initially, we were quite naïve because we thought, oh, it's going to be great, they're going to love being here.

The child that's with us now, she's been with us a year next month, and she sees herself as like a little sister to our own boys, so she's really integrated.

It's really nice to be able to affect a positive change on a child's life. Some of the stories are heart-breaking and it's great to try and bring a bit of joy into their life while they're with us.

The child that's with us now is having a great time.  She's just been to Alton Towers with us. She's been on holiday with us. So every placement is definitely a new challenge and an eye opener.

I suppose we are given a bit of advice by a previous social worker of one of the children, just to treat them as one of your own. And pretty much that's the way we went.  It is like the boys just have a little sister.

I do try just be myself around the kids and I try to bring a lot of humour into it once they get me and I get them.

I went home to Dublin a few weeks ago and I hadn't seen some family in a few years and I spoke to them and told them what I was doing and they were really proud. They told me how proud my late mother would have been, which is so rewarding.

The first boy that came to us, had quite poor health when he arrived. He was quite overweight and his cleaning habits were quite poor.  Gradually everything improved.  His balance, the way he played, he lost a load of weight, which he was so happy about.  He got more confidence in himself.

When he had to leave it was quite a tear jerker for him and my wife.  I went upstairs while they were in the dining room we gave them a photo album of all his experiences while he was with us, and when I came back down they were both in floods of tears so it can be quite emotional.