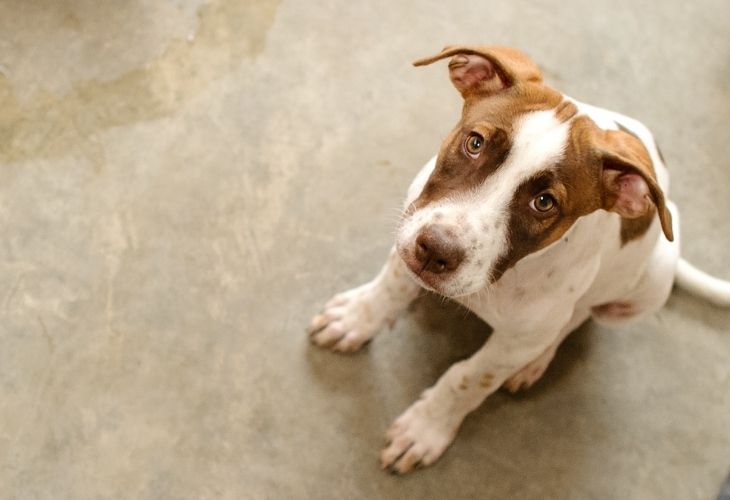 A 16 year old's story about finding Jake, her 'Fur-Ever' friend.

As Debbie opened the door, the wind ripped it out of her hand as if it was eager to get into the house and explore it, breathing its icy breath all over.

I remember this scene vividly from that rain saturated day in June last year; that day was the day I met Jake and the day I realised the importance of friends.

Debbie had wrestled with the door and its handle, which was alive in her hand.  She was desperately trying to pull her coat closed around her whilst trying to find her umbrella in her oversized handbag.  The rain rushed in behind the wind like an unwelcome guest, who was more then happy to outstay its welcome.  Its welcome was very short.  I grabbed the door handle and pushed Debbie out of the house and towards the car.  The handle was sliding out of my grip, the rain trying to lash it out of my hand by angrily spitting all over me.

‘OMG – where are my car keys!’, I can remember Debbie trying to scream above the wind.

‘In your coat pocket where they always are!’, I tried to scream back.

Who doesn’t need a best friend?  I can’t imagine life without Debbie.  She’s always been there with a pack of tissues and a cup of tea when I’ve broken up with a boyfriend.  ‘I knew he was wrong for you’, she’d always say.  ‘You’re far to good for ‘im!’.  ‘There’s plenty more fish in the sea love!’

The trouble is, I always fixate on the salmon with commitment issues but fortunately for me, Debbie is always there to bail me out.

The car ride had been quick to the shelter.  We had the radio on and even though the wind and rain rolled continuously over us, beating the sides of the car and trying to overturn it, we had sung loudly to the different songs.  Our breath had condensed inside the hot interior, clinging to the surfaces of all the windows and misting them up.  Eventually it was like a sauna and Debbie had to turn the heating down and we both frantically wiped the windows with a pack of her tissues, desperate to see where we were going.

It was then I noticed it; my heart was pounding but not with fear.  It was responding to the excitement that had been gradually building up inside me, as if I was on a plane, waiting for it to take off and go on an adventure.

I don’t remember parking up outside the shelter, I just remember walking in through the door: the crying, the smell and the rows of cages without end.

Then I saw them, the dogs.  I had never seen so many types and sizes, colours or ages.  I stood stunned for a minute and I know I thought ‘where do I start?’  ‘How do I choose?’  ‘Which one is my fur-ever friend?’

Debbie had rushed in ahead of me and was already talking to the lady behind the desk.

‘Katy?’ She stopped talking and had turned round to look at me.  Even now she says she can remember how shocked I looked.  I just didn’t know what I had been expecting and wasn’t prepared for what I saw.

It was impossible to hear what the lady behind the counter and Debbie were discussing because of the sound of the dogs.  They incessantly barked and suddenly, all of the excitement I had walked into the shelter with seem to have dissipated, abandoning me.

I had left Debbie at the counter and started walking along the rows of cages.  Each one had a small description on it, written on a worn, used label and included the dog’s name, bread, how old they were (if the shelter knew that is) and their background.  ‘Found abandoned on a building site…’, ‘Found covered in flea bites, foraging for food in household bins…’, ‘Discovered on a riverbank sealed in a bin-bag…’  I stopped, trying to stop myself crying.  I had only reached the third cage when I dug out a fluffy white tissue from my coat pocket.  I think Debbie had given it to me the week before when I had had been sneezing and it was still there.  Not thought about, considered, or valued and treated like a piece of rubbish.  It had been neglected and rejected, just like all of these dogs.  I now used it to wipe the tears that were stinging my cheeks, after they had been exposed and attacked by the vicious wind and rain.

How can anyone treat a beautiful, loving and caring animal this way?  What I saw that day in the shelter hasn’t left me and I don’t think it will, even in years to come.

As soon as I start describing it to my friends, I feel as though I’m right back there and it’s like a vivid dream.

The whimpering was low and mournful as if urging me to look down and take action.  I’d found it hard to see Jake initially because I couldn’t stop the tears that filled my eyes so my vision was blurry.  Looking down through the cages bars I could see a little white tipped wagging tail, which whipped back and forth furiously.  This little dog was having to work hard to get noticed.  Because he was a puppy, he was restricted by his size and couldn’t compete with the bigger or older dogs in terms of barking.  As my eyes followed the tip of his tail upwards, I noticed his little white spotted belly which seemed swollen, as if he’d eaten a huge meal.  At least I’d hoped it was from a large meal and not from hunger.  Next, I noticed his small paws, a compact round head with two tiny tucked in ears and eyes that seemed out of proportion with the rest of his body.  They were huge and glistening, like a child’s and looked up at me trustingly and with urgency.

When Jake knew he had my attention, he started wagging his tail so powerfully, his dainty body shook from the effort.

It was if he was saying ‘I’ve finally found you, my forever friend!’  At this point I felt all of the shock that I had felt, drain out of me and I just wanted to cuddle and hold him to assure him that he’d be OK, that I’d always be there for him just like Debbie is there for me.  Jake would never feel alone or unwanted.

I couldn’t speak when the lady from the behind the counter came round to where I was standing, but she took one look at me and immediately opened the door, handing me Jake.  He was so warm and soft in my hands and wouldn’t stop wiggling and licking my face when I lifted him up.  He wouldn’t let me put him down either.  Debbie put her arms around us both.  ‘We’ll have to wrap up this little fella before we head out into that classic British summer weather’ she said, wiping tears from her eyes too.