Sarah and Kevin - The rewards of fostering 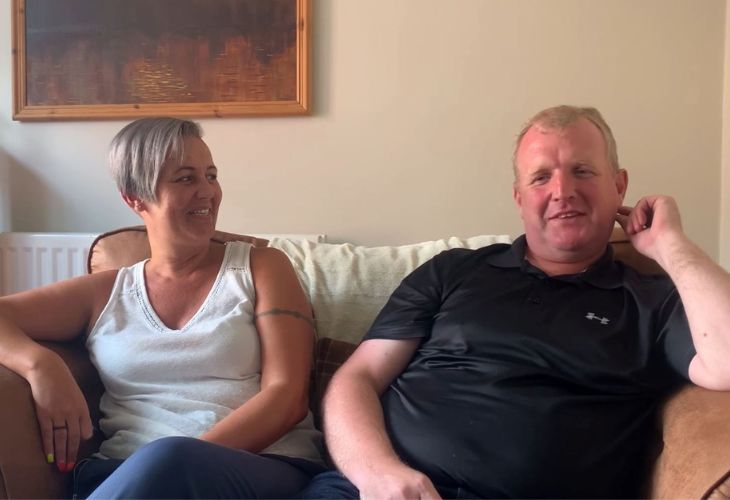 Sarah and Kevin have been fostering with Liverpool for a year and they currently look after sisters aged 8 and 10 on a long-term basis.

Are you you thinking about fostering?

Why did you make the move to become foster carers?

Fostering has always been something that’s been in the back of our mind.  Over the years, we’ve raised our own children and then during covid, we had the chance to re-evaluate our work and finances and we realized that we could have children into our home and not have to worry that we couldn’t see it through.

“When we started off together as a couple, we didn’t have a lot and we knew what it was like to not have that consistency and stability”

Sarah is a deputy head in a school and Kevin’s work is flexible, enabling him to do all the school runs – which he admits he was close to missing with his own children growing up.  Being one of 8 siblings, Kev was used to a busy house!

Did you always want to foster siblings?

It was a case of never say never.  We both had the attitude of if someone rang us and said, we've got these two children here, we were never going to say no, so we deliberately set the room for two from the get-go.

“Because of my job, I’ve seen too many sibling groups split, so we weren’t closed to the idea of looking after siblings”

When they first arrived, we just got on with it really.  They went to their rooms, unpacked their bags, and we took them to school the next day!  It was always going to be much harder for them that it was for us.  It went so smoothly we started to think – are we in the honeymoon period?!

Kevin and the 10 year old have the common interest of Liverpool FC, so he took her to the match to break the ice.  She thought that was like the best thing ever!

Over time we’ve seen the girls have turned into ‘proper’ sisters.  The older one was used to looking after the little one, but as soon as they arrived, we said “that doesn’t need to happen now, you’re 9 and you should be playing outside”.  Now we have a typical bickering between siblings, which is how it should be!

They responded really well to boundaries and routine and it's funny, because when the oldest pushes the boundaries, as soon as we say no, she goes, "okay", then – there’s no comeback from it. I think she just likes having that someone there to say no.

Looking to the future

So far we’ve looked after a baby, siblings on a short term basis, and the sisters we care for now.  We’ve made that decision to commit to long-term.  It’s what they want and also we want to be able to introduce them to new experiences that can continue, and help them see a future with lots of possibilities and potential.

When we talk about future holidays and use terms like ‘forever’, it has helped the girls feel more stable, and trusting that if we say somethings going to happen, it will.  And it’s not going to be taken away.

I had a strange feeling of guilt about what making a long-term commitment would mean for other children who needed a home, who we would be closing the door to.  We obviously can’t say yes to them all, but I still wasn’t prepared for that feeling.

Seeing them happy and settled is enough.  I think for me, it tends to be the little things, like the fact that they know Kev is taking them to school and when they come out of school, he’ll be there for them and there's somebody tuck you in at night and there will be food on the table. And to see them grow.