On World Book Day, fostering Phil shares his thoughts about famous book characters and why we identify with them so much.

‘Paddington is like me, but I haven’t got a hat’. One of our Foster Kids was quick to see how his own life resembled that of Paddington.

I wonder if someone in your household is dressing up for World Book Day?

I have to confess, that literacy does not always feature very highly in our house.

We have had a crack at Biff, Kipper and Chip, but when your reading age is low, and your chronological age is high, you quickly spot that what you able to read is not actually what you’d choose to read.

To ridiculously mix my metaphors, we have other fish to fry, and more than enough on our plate to worry about ploughing through government prescribed texts. 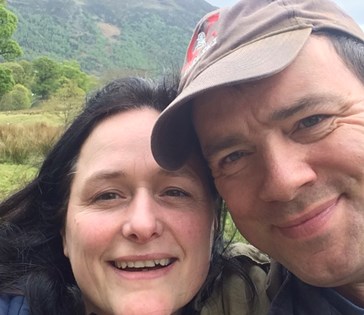 However, we do like a good story and regularly watch films.

Paddington, Harry Potter, Peter Pan, Mowgli, Huckleberry Finn, and all the usual Fairy Tales and Marvel characters have spent time on ‘continuous play’ in our house.

All over the world, kids climb into cupboards, looking for snow. Evacuees and refugee children feature heavily in literature.

Until we started fostering, I’d never realised how many of our literary and film heroes don’t live with their Mum and Dad.

Harry Potter is one of the most famous orphans in history.

We all despise his aunt, uncle and cousin for making him sleep under the stairs. They are just so mean. There is no love at 4 Privet Drive.

When James inadvertently finds accommodation in a giant peach and ends up living with a load of insects, we celebrate his escape from his tyrannical aunts.

Poor old Oliver Twist, alone in a terrifying and malevolent world, seeks community with Fagin, the Artful Dodger, and a gang of lost boys.

Consider yourself one of the family! Oliver Twist has become a cockney sing-along, but horror of Dickensian England exists in a street near you.

Peter Pan starts his own gang of lost boys, whilst Tarzan is raised rather well by a family of apes.  William wins the heart of the grumpy widower in Mr Tom, and finds a safe and permanent home.  Did you tear up in the last scene? I know I did.

For some fictitious characters, trauma is made to look like a very reasonable life choice.

If you want a super power, like Spider-Man, Superman or Batman, you first need to lose your parents.

If you want to marry a Prince, like Cinderella or Snow White, you must first be orphaned.

Whether bereaved, evacuated to escape the Blitz, or on the run, the orphan has a special place in our culture, and in our heart.

Whilst removing adults can sometimes be a mere plot device, I think most authors know an orphan or disadvantaged child will immediately awake a nurturing instinct.

We love an underdog.

We love it when injustice is overcome and a child finds safety, security and unconditional love.

We love a Happy Ending.

Everyone loves Harry Potter, and one of our foster kids was absolutely obsessed with him.

You don’t have to be a psychologist to understand why he chose to identify with a child alone in the world.

That kid isn’t Harry Potter, even if he does own a variety of wands, capes and big round glasses.

And we are not The Weasleys.

We are not magical, and we don’t have red hair.

But, if I had to dress up for World Book Day, I’d wear an old cardigan, put on some weight and change my name to Arthur.